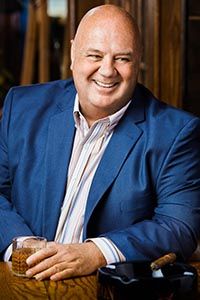 Brian started his career as a New Orleans police officer, after which he became an Agent for the National Labor Relations Board.  He then attended law school, became a Maine state assistant attorney general, assistant district attorney, and ultimately the Director of the Maine Revenue Services (the State Tax Commissioner) and Secretary of the Multi-State Tax Commission. He also served as Special Counsel for the Maine State Senate on Tax Policy.

Brian holds a BSBA from the University of Delaware, and a law degree from Tulane Law School.  His practice with Goodwin Weber PLLC is limited to representing clients before the United States government, including the U.S. Securities and Exchange Commission, the Office of the Comptroller of the Currency, the Federal Deposit Insurance Corporation, the Board of Governors of the Federal Reserve System, the Commodities Futures Trading Commission, the Department of Justice, and various United States Attorneys Offices.

If you have an accounting, securities, money laundering or regulatory compliance matter, please contact us for assistance.